We are commencing operations at the first straw biomethane plant in Punjab, northern India. This is an important step towards preventing the burning of crop residues in the fields. 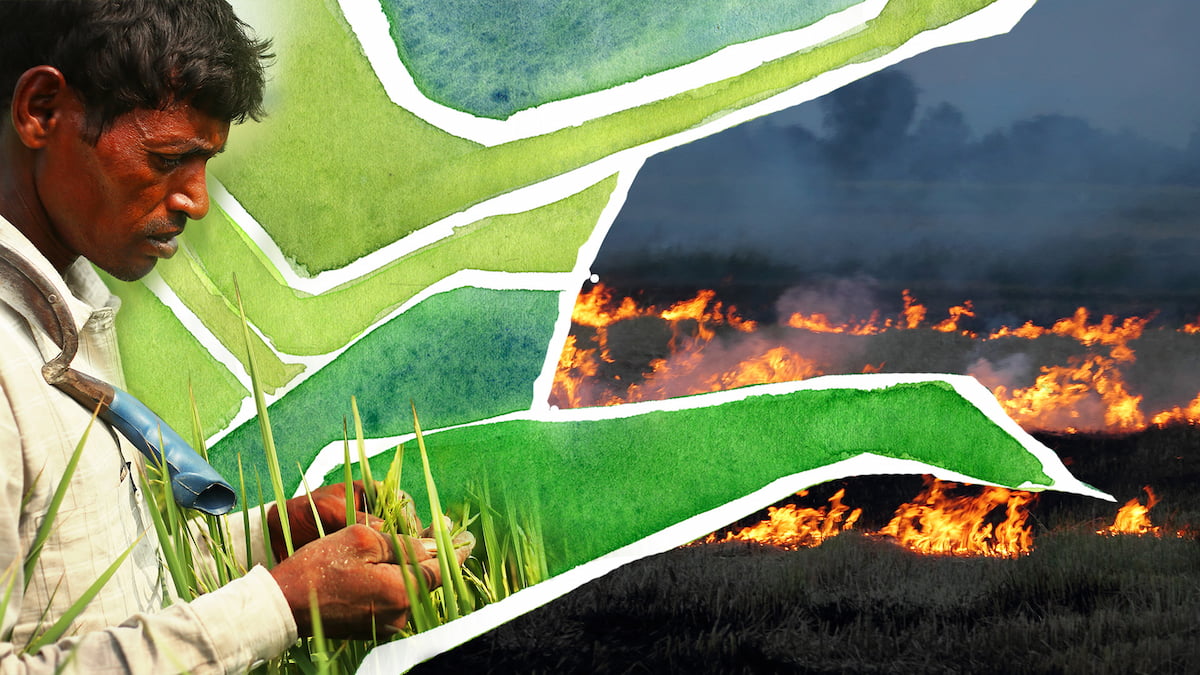 VERBIO is expanding: operations launched in India and North America. After six year of preparation we are now commencing operations at the first straw biomethane plant in Punjab, northern India. This is an important step towards eventually ending the burning of crop residues in the fields. Instead, the waste products will be converted into valuable raw materials and clean energy. At the same time in Iowa, USA, VERBIO is commencing production at the first VERBIO plant used to convert excess maize straw into biomethane.

Accordingly, this column is a kind of a field-report on how other countries are successfully countering climate change with an openness to technology, while in Germany we repeatedly limit ourselves through wrong political and regulatory decisions.

The first time I saw it with my own eyes was in 2015; the farmers were burning the waste straw that was left behind in the rice fields after the harvest. This was the method used to dispose of the excess biomass. The smoke clouds drift as far as New Delhi, which is a five-hour car journey away; the air quality in India’s capital city is the worst of all major cities worldwide, and nowhere has a higher mortality rate from chronic respiratory diseases. (1)

In the meantime, the government has officially outlawed the burning of rice fields, but in practice the problem is not so easy to solve. Farmers in Punjab cultivate two harvests each year, the wheat harvest in April and the rice harvest in October. Between those months, there is not long to sow new seeds and allow a full growing season. Time is short, and until now crop burning has been the quickest and cheapest method to clear the fields.

Now, however, using our technology developed at our Schwedt plant in Germany, we are offering a solution which can put an end to the burning, which is damaging to the environment and bad for health. Here, in the Uckermark region the practice of burning fields after the harvest was stopped long ago, but instead the straw lay unused in fields to rot, creating damaging CO2 and Methane emissions. Our biorefinery plants in Brandenburg have been in operation since 2014 and 2019 respectively, manufacturing climate-friendly fuel and high-value humus fertiliser from 100 percent straw.

In 2015, building on the experience we had gained in the domestic market, we made a decision to take a further step into the outside world. Initially, given the large areas used for agricultural purposes and the associated potential sources of straw, China appeared to be of interest for potential expansion. However, state regulations and the fact that government planning measures are limited to five-year periods provides little in the way of safeguards for investment purposes.

Straw from rice cultivation is available in gigantic quantities, and currently it remains unused as a source of raw material. Even worse, large areas of it are burned; we are talking about approximately 300 million tonnes annually. (2) That is ten times the quantity of exploitable residual straw that we have in Germany!

At the same time, CNG fuel is not a niche product in India; this is another way in which India differs greatly from Germany. In India 3.5 million CNG-powered vehicles (3) are registered. In New Delhi most of the tuk-tuks, transporters, taxis and buses are powered by CNG, and the drivers are proud to show this by attaching a sticker to their vehicle. However, until now the majority of this fuel has needed to be imported in the form of fossil natural gas. According to forecasts, annual consumption of CNG will increase four-fold to 200 million tonnes by 2030. (4) Despite this, CNG is the cheapest fuel by far, which is an important factor for India’s extremely price-sensitive population. In addition, the Indian government is also under pressure to take active measures against climate change and dangers to health. As a consequence, India has recognised the massive potential of our technology.

We formed a subsidiary company in Punjab in 2016. As a German entrepreneur I had assumed that I had seen everything there was to see in terms of bureaucracy, but a country with more than 1.3 billion people is governed by a massive amount of legislation, which has demanded a lot of patience from my team. On the other hand, our experience was that our technology know-how was treated with the greatest respect from day one; there is local confidence that if anyone can solve a problem in a sustainable way, it will be the experts from Germany. Because of this we are not alone as we battle through the bureaucratic jungle; instead, officials and consultants provide us with assistance and help us find our way.

In a few weeks our first straw biomethane plant in Chandigarh will commence operations. The plant is capable of generating 20 megawatts, with the capacity to process 100,000 tonnes of rice straw annually. With our help, straw has suddenly been transformed into a valuable product; there is less air pollution from burning, and less dependency on foreign oil and gas imports. Instead, we are offering cheap and renewable energy manufactured locally, 50 new jobs created in our plant, and many more in local agriculture.

The days of small straw presses producing 20kg balls to be loaded onto trailers by hand are numbered. We are importing the most modern round-bale machines, which create 300kg bales that can then be loaded onto large CNG heavy goods vehicles.

The Indian state has set a price for biomethane and provided us with a contractual biomethane purchase guarantee. Subsidy programmes provide additional investment assurance.

It is similar in the USA, the second country outside the EU in which VERBIO AG is expanding. Here, too, we see an ambitious approach to climate protection policies, while Germany continues to polish its image as the country of “ditherers and procrastinators”. In the USA clear, long-term targets provide industry with opportunities to make investments; right from the start of his period of office President Biden approved a range of subsidy programmes to promote ongoing CO2 savings. Oil companies have also recognised this change in direction and are investing in biofuel plants, there are 35 new projects in North America alone. The optimistic mood in the USA is very refreshing compared to that here in Germany.

The commissioning of our straw biomethane plant in Nevada, Iowa fits precisely in this climate. Soon we will be processing 100,000 tonnes of maize straw annually. In the “land of unlimited opportunities”, this raw material is available in almost unlimited quantities. The challenge will be to convince farmers in the Midwest to take up our circular economy approach using recycled humus. As in Germany, the prevalent conviction is that humus can only be generated using residual straw left in the fields. However, leaving the straw in the fields to rot in an uncontrolled manner creates CO2 and Methane emissions, which then enter the atmosphere unhindered. It is our most important task to make it clear to farmers that our technology can avoid generating these emissions, at the same time generating a high-quality humus fertiliser that can be used to maintain soil quality in a way that is easier to use and which can be employed in a more targeted way.

So far in these two expansion initiatives we have overcome all the hurdles in our way: legal jungles, technology challenges, extreme climatic conditions, inter-cultural nuances, language barriers and, most recently, COVID-19. Now the key is to make the operations run smoothly and to manage marketing, logistics and cost structures in an efficient manner. In the USA, following the German example, biomethane can be transported using existing natural gas pipelines, but in India we are presented with new challenges – here there is no pipeline network like the one we are familiar with in Europe. Instead, biomethane is transported by heavy-goods vehicles using specially-equipped trailers, or using small pressurised gas canisters that are used as fuel tanks in tuk-tuks, for example. This sounds simple at first, but that is only an initial impression; one of the specialised heavy-goods vehicles for gas transport carries 1.5 tonnes of biomethane, but we will be manufacturing 33 tonnes of biomethane each day. Accordingly, this requires a logistical master class in CO2 efficiency, which of course we will manage using CNG heavy goods vehicles. In addition, the price of fuel in India is much lower than in Germany, and even lower than in the USA. We need our production to cover costs and to be competitive despite these price limitations.

Both India and the USA have high expectations of VERBIO’s technology and success. If we are able to show “proof of concept”, both of these plants will be just the beginning of a wide-ranging expansion strategy in Asia and North America. The growth perspectives in the USA and India are just as huge as their sources of potential raw materials. In the USA, precisely as in Germany, our focus is on the decarbonisation of commercial transport. Here, however, the dynamic is very different, not least because of the geographic dimensions. As recently as February, in just one order Amazon purchased more than 700 CNG heavy goods vehicles (5) in order to be able to be almost climate-neutral in the delivery of its packages. In the “land of the burning rice fields” the stakes are much higher, but here, it is a matter of hope – hope that the Indian government can reduce the number of deaths, currently in the millions, (6) that are due to the extremely high levels of air pollution. We will do all we can to contribute to these hopes being fulfilled.

While I usually sign off with criticism and demands, today I want to end my column with applause, thanks, recognition, and by emphasising the greatest respect that I have for our entire team and in particular my colleague Prof. Dr. Oliver Lüdtke, member of the Management Board responsible for technology. He initiated the projects in India and the USA, and he has, more or less in parallel, successfully managed the two projects to completion. This was a master class! Olli, you have my greatest respect!

The photographic material may be used royalty-free for media reporting purposes provided that © VERBIO AG is mentioned. 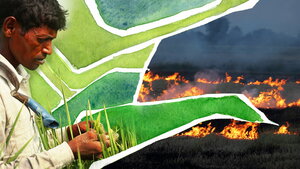 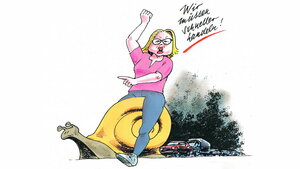 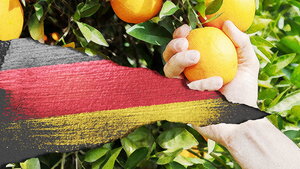 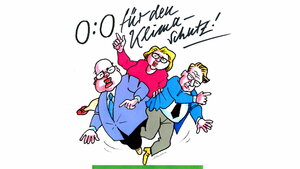 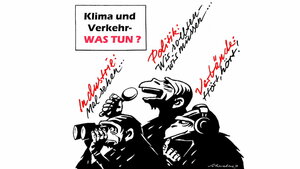 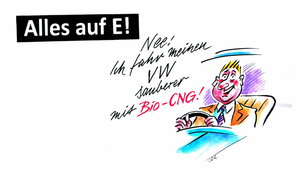 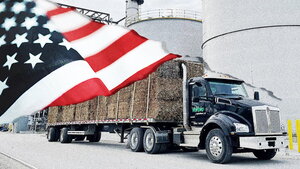 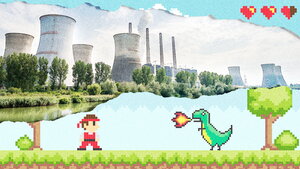 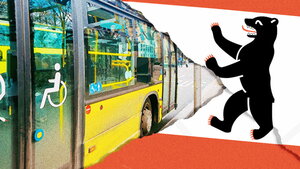 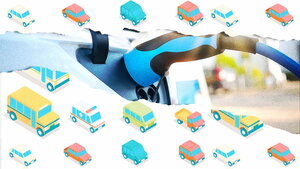 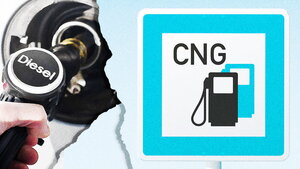 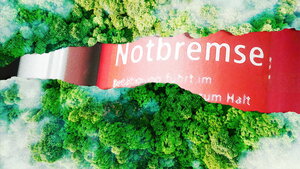 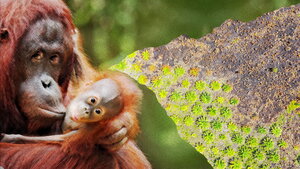